This multidisciplinary project by the Cultural Office of the Spanish Embassy and artist Juanli Carrión explores the socio-botanical consequences of the Magellan-Elcano expedition.

Juanli Carrión’s garden has been postponed due to the current situation caused by COVID-19.

On the occasion of the 5th Centenary of the first trip around the world, accomplished by Juan Sebastian Elcano, Spanish artist Juanli Carrión will design a garden as the centerpiece of a program of activities that include workshops, performances, and a series of online panel discussions presented in collaboration with the Cultural Programs of the National Academy of Sciences.

Commercial interests about clove and nutmeg were the principal motivation of Magellan & Elcano’s expedition that became the first trip around the world 500 years ago. The demand for these two spices in Europe would change the world forever on many levels: establishing the first global commercial route, connecting three continents ecologically and gastronomically, and setting the bases for our current globalized world.

In these series of three panel discussions, biologists, ecologists, chefs, historians, scholars and artists will discuss the role of Nature in our globalized world using Around Nature’s garden and first circumnavigation as starting points.

FIRST PANEL: THE VALUE OF NATURE

Moderated by Diana Ayton-Shenker, this panel discussion with Rob Carter, John Robert McNeill, Pablo Vargas and Blanca de la Torre will focus on the ECO-nomic reasons and consequences of the first circumnavigation around the world. 500 years ago nutmeg and clove changed our view of the world forever. In modern history wheat, rice, corn or sugar has lead to similar if not bigger changes, and today more than food or spices are minerals, real state, gas and oil what defines the value of nature. 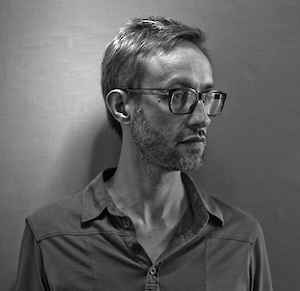 Rob Carter creates multidisciplinary artworks concerning the history of human interaction with the planet’s ecosystems. Installation, video and photographic works focus on historical developments in plant sciences, monetization of the natural world and our dependence on various fated plant species. Carter received his BFA from Oxford University and an MFA in Studio Art from Hunter College in New York. He has shown his work internationally, with exhibitions in San Francisco, Philadelphia, Chicago, New York City, Madrid, Rome, Metz, and Hiroshima among others, and has been awarded residencies and fellowships in several institutions in the United States. 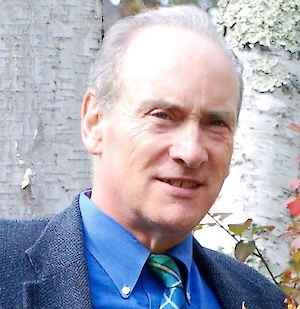 John Robert McNeill is an American environmental historian, author, and professor at Georgetown University. He is best known for pioneering the study of environmental history. In 2000 he published Something New Under the Sun: An Environmental History of the Twentieth-Century World, which argues that human activity during the 20th century led to environmental damage on an unprecedented scale. 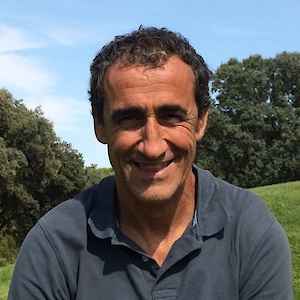 Pablo Vargas is a Research Professor at the Spanish National Research Council (CSIC). His main interests lie in the investigation of biogeography, evolutionary biology, and preservation. For more than 35 years, he has been investigating floristry, taxonomy, Systematics, genetics, ecology and the evolution of plants with flowers (angiosperms). Vargas has held postdoctoral positions in the US, UK, and Germany. He is currently the curator and coordinator of the project The Natural History of Antonio Pigafetta During the First Trip Around the World, made in collaboration with Madrid’s Royal Botanic Garden to research the botanical spices found during the first trip around the world. The results are being presented as an exhibition, a scientific publication and a series of panels. 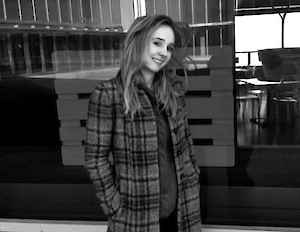 SECOND PANEL: THE TRADE OF NATURE

Moderated by Blanca de la Torre, the second panel with Juanli Carrión, Shahid Naeem, Daniel Stone and Diana Ayton-Shenker will address current realities of climate change from the point of view of globalization. Alternative ways of environmental justice education and activism, affective ecologies, or environmental consequences of lost biodiversity will be addressed to understand better what are we trading with nature in our globalized world. 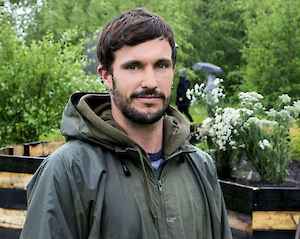 Juanli Carrión is an artist, researcher and activist whose work unfolds in the development, research and education of community engaged design and artistic practices. For over more than a decade his research has taken the form of art projects, publications, and curriculum development with an emphasis on social and environmental justice. He is currently focusing on the research of practices that expand beyond the art/design realm to become policies, non-profit organizations, associations, groups, or other sustainable social or political structures and practices, with the aim of translating the results into pedagogical strategies. In 2017 he founded OSS Project, Inc., a non-profit organization whose mission is to build and support public gardens as art interventions, using urban farming, storytelling, educational programming and community building as means to address systemic and structural issues of social inequity. His work has been exhibited in venues such as the Art Institute of Chicago, Art in General, Abrons Arts Center, BRIC, Y Gallery or BAM in the US; ARTIUM, La Casa Encendida, La Panera Art Center, MUSAC, or CentroCentro in Spain; Ex-Teresa Museum and MUPO in Mexico; Museum of Contemporary Art in Peru and National Gallery of Modern Art in India among others. Carrión has expanded his academic research participating in lectures, panels and workshops at Columbia University, Open Engagement at Carnegie Mellon University, SVA, Pratt Institute, SUNY, NYU, AIA New York, Fordham Graduate School for Social Service, Wavehill or Apexart. 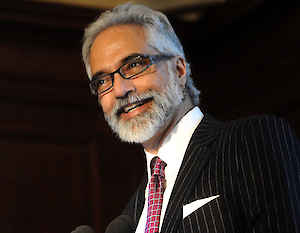 Shahid Naeem is a Professor of Ecology in the Dept. of Ecology, Evolution, and Environmental Biology and Director of the Earth Institute Center for Environmental Sustainability at Columbia University. He studies the ecological and environmental consequences of biodiversity loss and is interested in how changes in the distribution and abundance of plants, animals, and microbes affect how ecosystems function and, by extension, how ecosystems services are affected. His work combines theoretical, observational, and experimental studies under field and laboratory conditions. 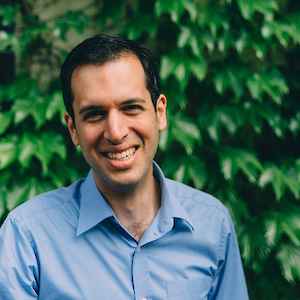 Daniel Stone is a writer on environmental science, agriculture, and botany in Washington, D.C. He writes for National Geographic and is a former White House correspondent for Newsweek and The Daily Beast. He has written for Time Magazine, The Washington Post, Vice, and Literary Hub. He teaches environmental policy at Johns Hopkins University. Stone is the author of The Food Explorer, on the botanical adventures of a food spy. 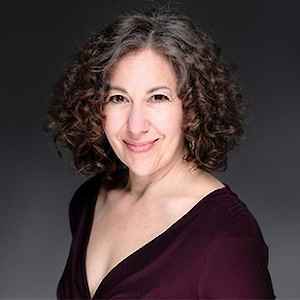 Diana Ayton-Shenker, named one of “25 Leading Women Changing the World” by Good Business New York, is President & CEO of Global Momenta, a social impact strategy firm. Her work advances strategic philanthropy, leadership, private-nonprofit partnerships and organizational development; she has been featured in The Huffington Post, online talk show on leadership for International Women’s Day, and profiled in Family Office Review. As founder of the Fast Forward Fund, Diana Ayton-Shenker was honored by President Bill Clinton and selected as a Social Venture Network Social Innovation Award Finalist.

THIRD PANEL: THE TASTE OF NATURE

Moderated by Yadira García, the third panel with Stefani Bardin, Danielle Nierenberg and Simran Sethi will address food global economies from past, present and future, focusing food and technology, alternative food systems and the loss of culturally appropriate food practices as a consequence of globalization.

Stefani Bardin explores the influences of corporate culture and industrial food production on our food system and the environment. She works with neuroscientists, biologists and gastroenterologists to ground her research in the scientific world. These investigations take the form of single and multi-channel videos, immersive and interactive installations as well as tools for measuring and/or mediating these influences. She teaches classes in Food + Technology + Science + Design at NYU and is also one of the organizers for NYU’s Institute for Public Knowledge Food and the City working Group. She is currently a member at the New Museum’s Cultural Incubator. 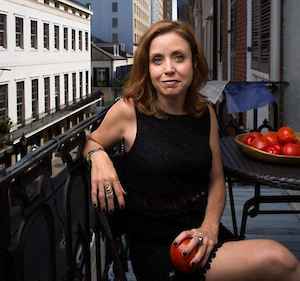 Danielle Nierenberg is an American activist, author and journalist. In 2013, Nierenberg cofounded Food Tank: The Think Tank For Food and currently serves as its president. She founded Nourishing the Planet while working at the Worldwatch Institute. Nierenberg has authored and contributed to several reports and books, and written for many publications. She holds an MSc in agriculture, food, and environment from Tufts University and a BA in environmental policy from Monmouth College, Illinois. 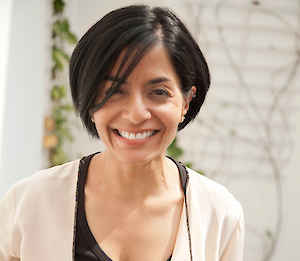 Simran Sethi is a journalist and educator focused on food, sustainability and social change. Named one of the “50 Most Influential Global Indians” by Vogue India and the “environmental messenger” by Vanity Fair, Simran has written for outlets including The New York Times, The Wall Street Journal, National Geographic, The Washington Post, Guernica and The Guardian. Simran is the creator of The Slow Melt, the first podcast on the cultural and environmental stories behind chocolate and the winner of the 2017 Saveur award for Best Food Podcast. She is also a contributor to the National Public Radio program Good Food, and was one of the first inductees into Heritage Radio Network’s Hall of Fame.

Spanish Cinema Now is an annual festival of outstanding new films that reflect the breadth of styles and talents at work in Spain curated by the AFI Silver Theatre and the Cultural Office of the Embassy of Spain, through its cultural program SPAIN arts & culture. Every year in June the AFI Silver Theater hosts the film series Spanish Cinema Now. Its fourth edition will take place June 4-7, 2020, and will feature a selection of the latest outstanding films from Spain.

Pablo Berger is one of Spain’s most acclaimed international film directors. After receiving his MFA in Film from New York University, Berger’s short film Truth and Beauty was nominated for the Film Schools Emmys. His debut feature film Torremolinos 73 (2003) was a local box office hit and premiered at the Malaga Film Festival, winning Best Film, Best Director, Best Actor and Best Actress, and received prizes in many international film festivals. His second feature, the Spanish/French coproduction Blancanieves (2013), premiered at the Toronto Film Festival and won over 100 awards worldwide, including ten Goyas, Special Jury Prize at the San Sebastian Film Festival, nominations for Best Film and Best director at the European Film Awards, a César Awards nomination for Best Foreign Film, and selection as Spain’s Oscar entry for Best Foreign Language Film. His latest film Abracadabra (2017) was also a box office hit in Spain. Abracadabra was finalist for Spain’s Oscar 2018 entry and was nominated to eight Goya Awards. Pablo Berger is Knight of the Order of Arts and Letters of France.

For this edition of Spanish Cinema Now+, I have selected four independent productions, almost produced outside the film industry. Four original, groundbreaking and above all thematically and formally surprising films. STEP RIGHT UP… you won’t regret it!

NOTES FOR A HEIST FILM 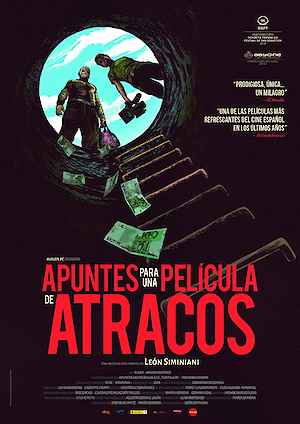 Elías León Siminiani’s latest film follows a documentary filmmaker who has always fantasized about making a heist film. After a thwarted Madrid bank robbery in 2013 leads to the arrest of notorious gang leader Flako, “Robin Hood of Vallecas,” he decides to contact the jailed bandit. Much to his surprise, he receives a reply and embarks on a friendship with the infamous heist-master. Blending video diary with animated sequences and archival footage, Siminiani crafts a stranger-than-fiction homage to the heist film.

Documentary, autofiction, thriller… Striking and impossible to label. It teaches you how to rob banks. Now, you know how I’ll fund my next movie.

Centro Events, Cultural Events, Contact Us, About us, Cuisine,